Chosen for its strategic location, the occupy camp has been positioned outside the region center, and the wells Fargo bldg.. The structures here have been intelligently designed, for a minimal loss of group materials in the event of a raid. Between one and three tarps are pulled over a collection of pallets, forming a skeleton, which allows for a tight sheering surface to shed rain. This also provides a hard to brutalize rest chamber, which cannot easily be torn down, drug off, or compacted in a truck. In this way, very little is lost in the event of a police raid, relative to cost of goods for the movement. That being said it has been voiced unanimously, that the police in Birmingham have been quite cordial and respectful. We hope things stay that way and the Police and Occupy Birmingham continue to work together and be an example to other cities in the U.S.
The G.A. spoke primarily about interpersonal conflict with someone who was embezzling money from the movement, and who had made threats to several individuals in the past. Beyond these concerns, there were a multitude of exciting actions and points of community education that were coming out for the group. Notions of a community wide candle light vigil for the vacant homes within the community around where the GA’s are held (which also is intended to speak to the multitude of transient / home-free individuals, who want and need housing in the region) came up in conversation. They want to have an account with the credit union to make funds more transparent, for both occupiers and those funding the movement, was purposed. A 24/7 newsletter, which would allow all the members of the community to know of exactly what is happening with the movement, at a glance, without having to attend the GA’s. The need to form stronger ties with a medley of other organizations who could help stabilize and give strength to Occupy Birmingham. H.I.G.A. (Hispanic Immigration Coalition of Alabama) for one, which seeks to keep Hispanics from being harassed, detained, or wrongly imprisoned. These kinds of unifying forces are just the beginning of stronger grass roots movement building, for the good of the entire movement.

(written by Heron, edited by Janet) 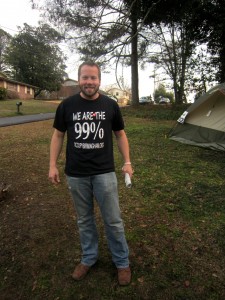 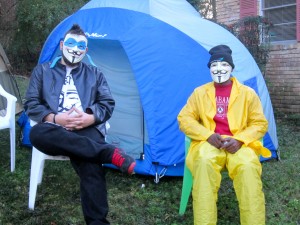 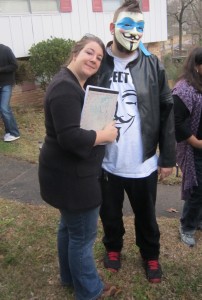 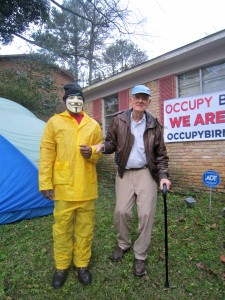 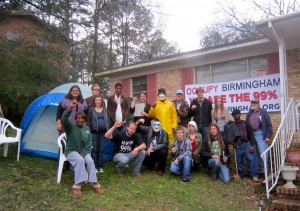 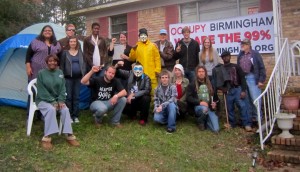 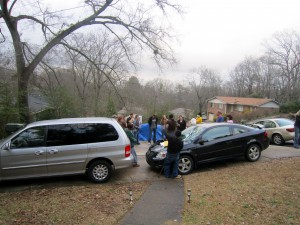 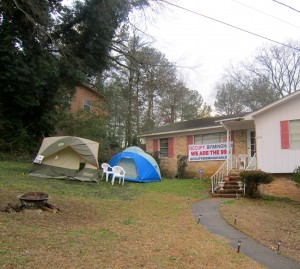 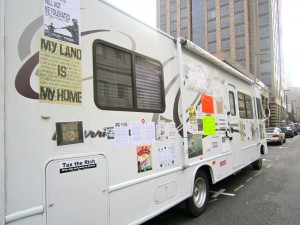 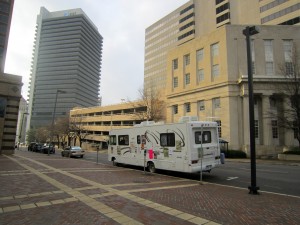 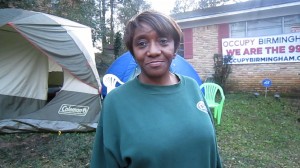 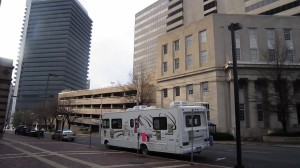