Well, the few of us that did show up for WA D.C.’s remember, remember day, did a great job protesting. We just needed at least 2000 more people! The cops were great (allowing us to march down the middle of the streets) right up until near the end @ Goldman Saks (who must have paid them well) when they drowned out our voices with their childish playing on their motorcycle sirens and running the engines full throttle while going in circles. What was that all about? We marched, we stated truths and we got attention. We used the day to voice our concerns to “what appeared to be many uninterested people!” Sad but true! Apathy is alive and well in America. END_OF_DOCUMENT_TOKEN_TO_BE_REPLACED

We marched with the Veterans 4 Peace activists from the Veteran Affairs building to the White House where a few speeches were given about the neglect of the Veterans once they return home from war. Also mentioned was the very high suicide rate that should be alarming to anyone hearing the statistics. One veteran per day is committing suicide and that rate is growing. It’s time we put an end to all wars and bring these young men and women home out of harms way. We continue to work in solidarity with our friends from the armed forces with “Tour of Duty” mission to bring awareness to America! END_OF_DOCUMENT_TOKEN_TO_BE_REPLACED

After a great evening GA (which included circling helicopter–expensive?) at the monument, it rained through the night and into mid morning, then miraculously the sun broke through and it was warm and sunny for the rest of the afternoon and evening. Thousands gathered on the Capital Building lawn to fight back against the money and corruption in politics. Various Occupations converged and hugged as they found one another. Representation from coast to coast! At noon the DC GA started which informed everyone of the days events. There were some great signs, music, silk screening, some arrests and way too many cops. For some apparent reason the cops lined both sides of a walkway leading up to the Capital and this encouraged a group of activists to storm the lower walls taunting the police, singing funny songs and making like they were going to run across in droves. Only a few, including Heron, made the decision to run for it and then were subsequently arrested and put through a grueling ordeal which he will tell shortly. It seemed so ridiculous since anyone could have just walked around to the other side without incident. Nevertheless, it was felt that the “cat and mouse” game was done on purpose to arrest those who might be a threat later in the day….good call not to fall victim. However, having been there and ready to run myself it sure was tempting! I must say I don’t think I could do “face down on the ground with plastic handcuffs and ankle shackles” very well. All the while yelling….”YOUR NOT THE BOSS OF ME!” However, it would make good TV. END_OF_DOCUMENT_TOKEN_TO_BE_REPLACED

We arrived at McPherson Square, WA DC this afternoon . The police told me I couldn’t park in the secure area (yes I boldly asked for a favor) and then said “nor anywhere downtown”. Imagine how happy they were that I found this spot? I squeezed into a construction area that hasn’t any “No parking, no stopping no thing” sign here. We are parked 1/2 block away from tentsville…where the police cannot, but sure wish they could, ticket us. I’m sure they’ll be pounding on the door at 7am to let me know I must leave, however, I’m exercising my right to free speech and it just so happens to be on a RV! I might handcuff myself to the stove and they’ll have to arrest me and tow the RV. Then left them explain what law I was breaking while I am livestreaming it.

So many people here now and many arriving each hour. Tomorrow will be an awesome day for “Occupy”. 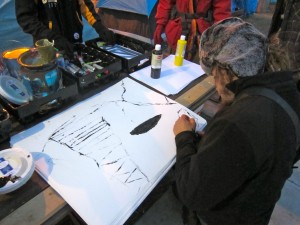 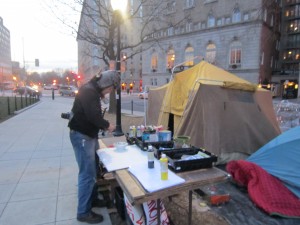 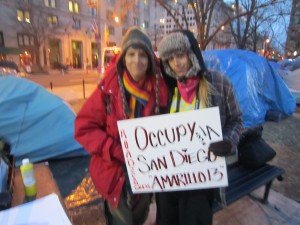 These two were evicted from a Greyhound bus 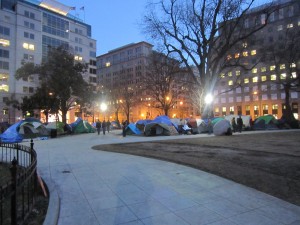 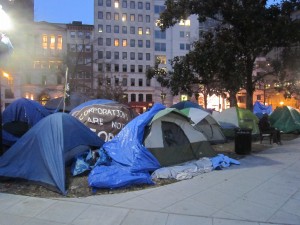 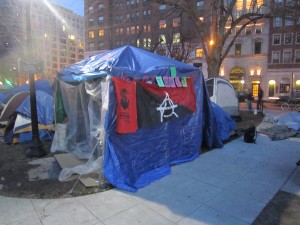 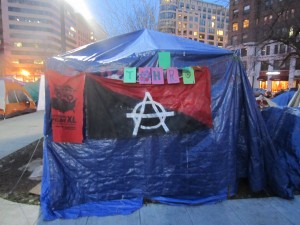 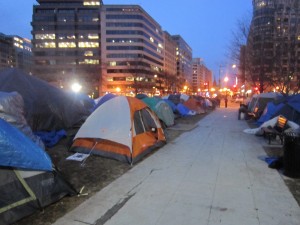 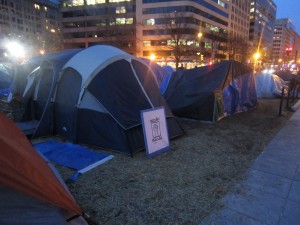 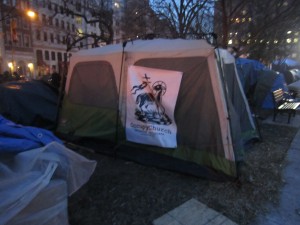 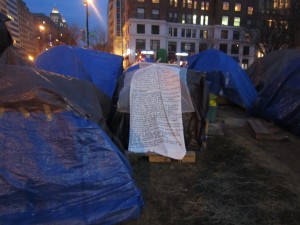 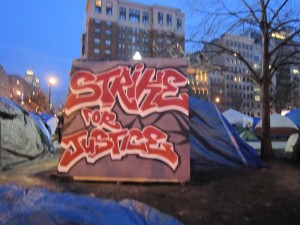 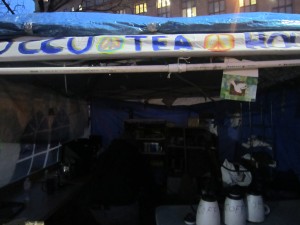 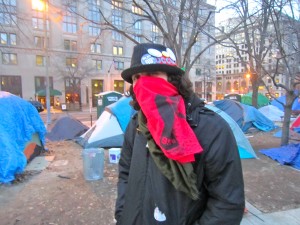 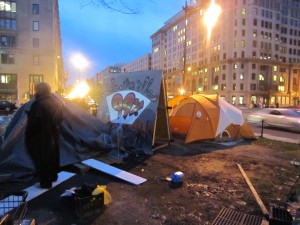 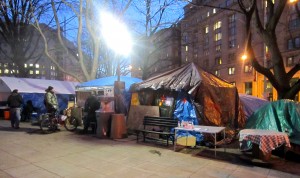 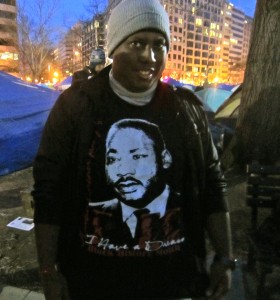 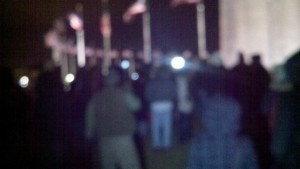 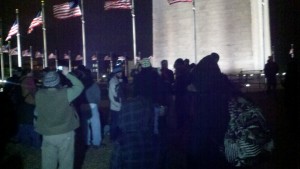 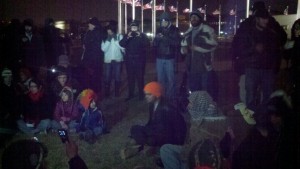 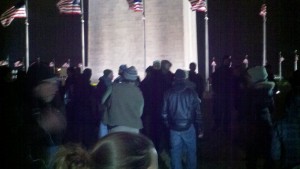 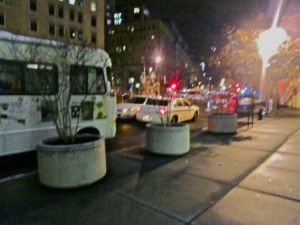 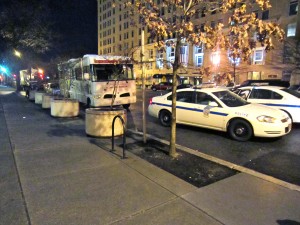