Today we accompanied Fernanda Zaragoza & Gaby Morales to U.S Congressman Scott Tipton’s office to ask the question “Where does Congressman Tipton stand on immigration reform?”   We sat with his two staff members who couldn’t answer the question.  But with clipboard and pens they took notes and certainly looked like they cared.  However,  I wondered how you could work for someone and not know their position on such an important issue?  We asked a few more questions and then talked about how families are being torn apart yet congress is doing nothing about the issue.  We also brought up the issue that veterans are being deported after serving their country.  Does this sound right?  Again no real response came regarding this issue.  The staff told us they would get back to Fernanda on Monday with Congressman Tipton’s position on the subject.  We will let you know the response.

In the meantime Elizabeth Warren is hosting a question & answer conference call on June 10th 7:30 E/T.  I’ve posed a question….”What does she think of a publicly funded election (tax paid) with absolutely no money, therefore no bribery, and it MUST be televised nationally so all the American people could watch full coverage for the last 10 nominees.  A real debate without canned question (which are usually known before hand) and rehearsed.  Just lively discussion from anyone who thinks they could run this country.  The bar is set pretty low so anyone with any common sense should shine!  Then we allow everyone to phone in their vote!  That’s right technology is able to do this people!  Then we have 100% participation instead of 38% of the country deciding. 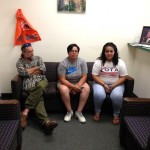 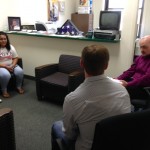 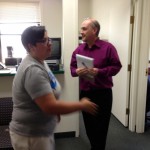