It was a great day for the “V” as she rolled through the streets of Pueblo adorned with it’s own sombrero and sunglasses. The spectators were plentiful and the weather gorgeous. We could have used 1000 more pamphlets and absolutely more candy for the kids. The pamphlets gave information about OTR, Pueblo House & Occupy Pueblo. The postcards we gave out talked about Bradley Manning and why he’s being held. We felt a good education was done on behalf of “Occupy”.

Anne C and I spent the night before the parade making the sombrero hat and glasses for the front of the “V”. We had a lot of fun in her garage measuring, cutting and then praying it would fit and would look ok since we didn’t have the RV handy but did have front measurements. Happy to report all worked out just fine, as evidenced by the pics.

I would like to thank all the volunteers who helped make OTR such a big hit in the Pueblo Fiesta Parade!
Cheryl M for helping with signs and sprucing up the “V” with me (replacing faded posters and putting up new).
Anne C for working on the decorations until very late and then walking and handing out flyers and candy. She could barely keep up and we sure could have used more walkers giving out flyers about Occupy and Bradley Manning.
Josh for helping decorate the “V” and Glen/Josh for all the running around you did when we forgot or needed things.
Skiv & Rachel for their creative ideas on the OTR t-shirts that we loved and for marching and handing out flyers.
Occupy Pueblo -Don (for pictures), Anne B & Cheryl for representing during the march.
And Tino our very own great photographer for risking life and limb when my driving almost caused him to fly off the roof of the “V” a couple times. Ooops, forgot you were up there :0! 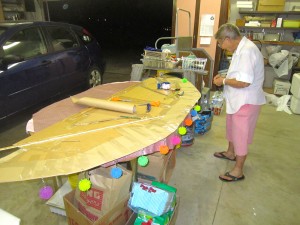 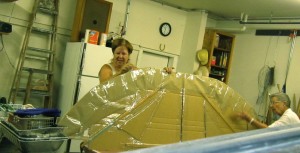 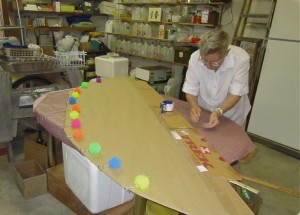 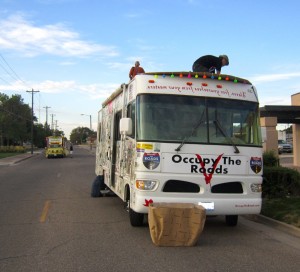 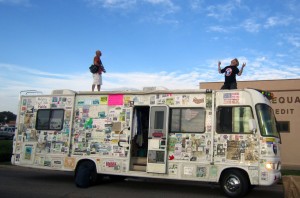 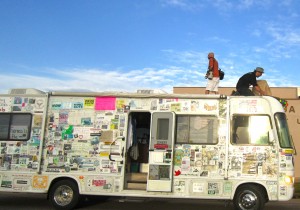 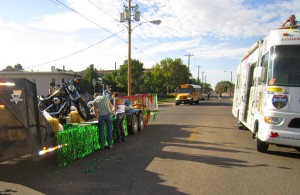 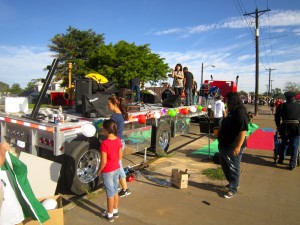 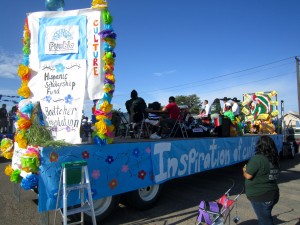 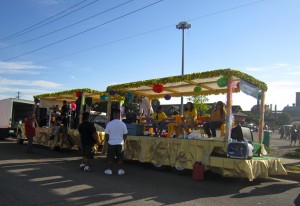 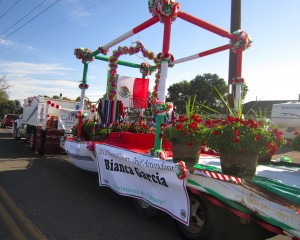 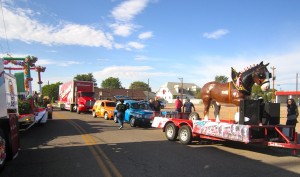 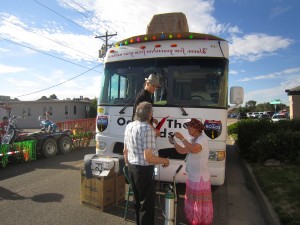 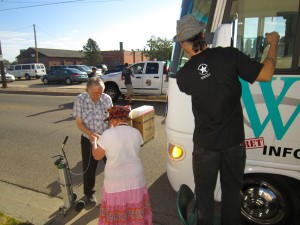 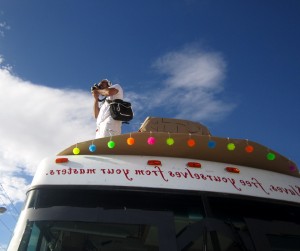 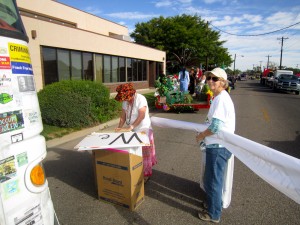 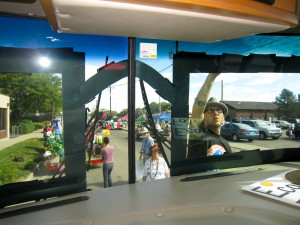 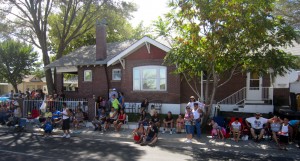