The story began…When we arrived we were waiting for the march to begin and therefore had to circle the park 3 times. On the third round the police had blocked a lane next to the park and stop to tell us that we were not allowed to be in the march and that they intended to arrest ANYONE who was in the streets marching. If we attempted to follow the march or go down the streets impeding traffic they (Tony Lopex DPD Commander) would IMPOUND the vehicle. These Denver police are seriously not into peoples march. We mentioned other cities usually let the march happen, block the intersections and then it’s done. He said “We’re not every city”. Boy they’re not kidding. So we participated in the march by walking and caught a lot on video (including the only arrest for trivial BS). Our apologies for the UStream not working. It cut out shortly after I started and then there were “technical” difficulties! I’m not used to streaming so blame me. Tino….so sorry and you did a great job letting everyone know!

Too bad the night had to end with a parking ticket because some little creepy security guard complained about us stopping in front of his highrise bldg (unloading signs from the days events). When confronted he mentioned that we could have been parked there to blow up his building. Really dude? We’d show up in a 31 ft billboard advertising this because….?> 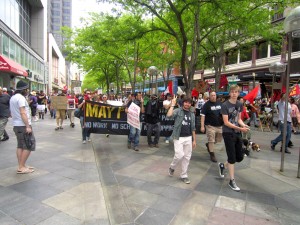 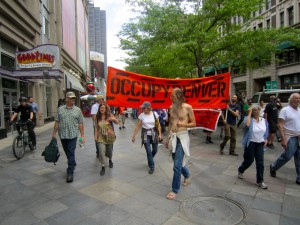 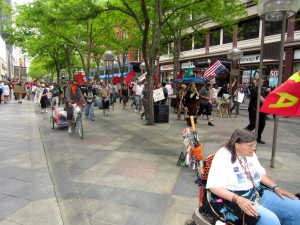 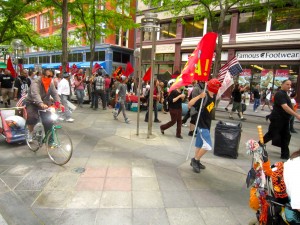 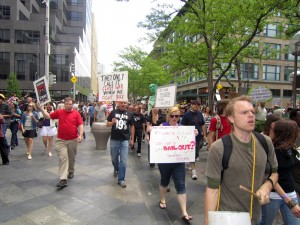 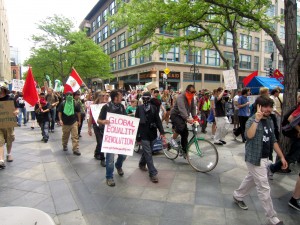 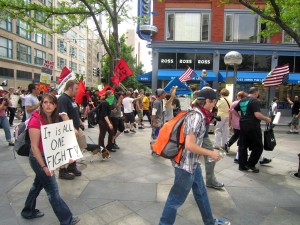 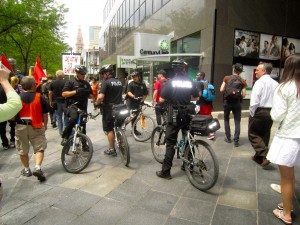 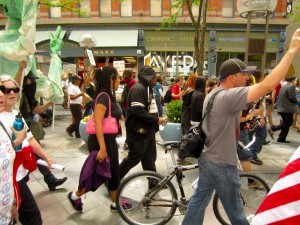 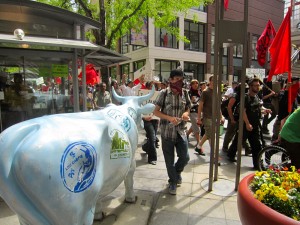 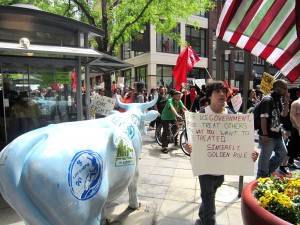 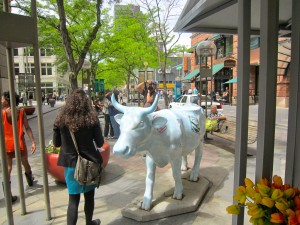 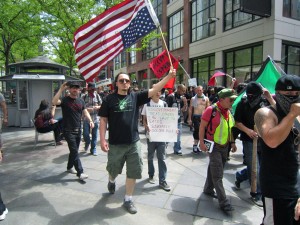 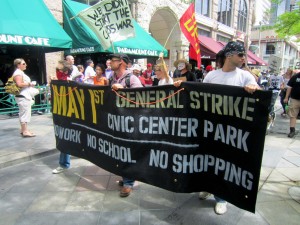 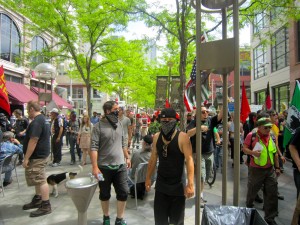 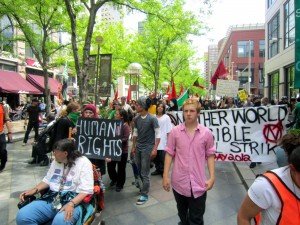 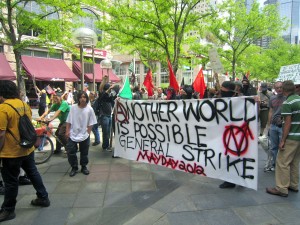 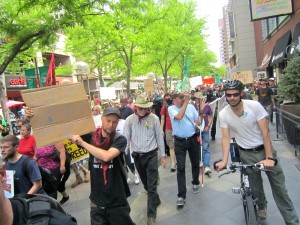 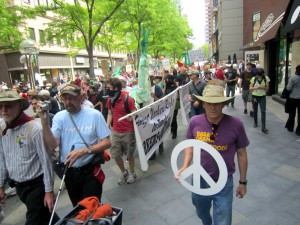 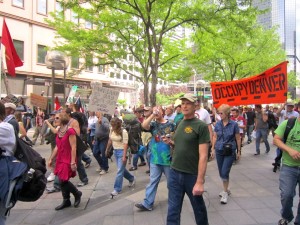 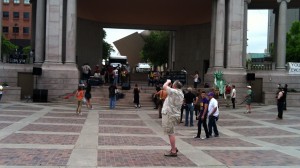 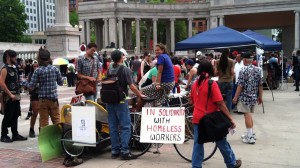 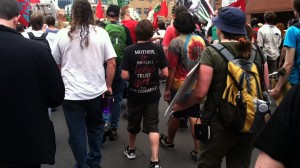 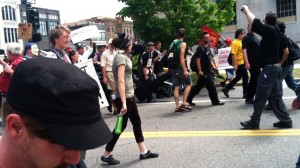 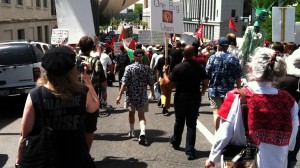 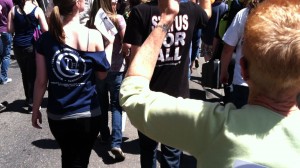 You can follow any responses to this entry through the RSS 2.0 You can skip to the end and leave a response. Pinging is currently not allowed.